The shipchandler within the Esaom Cesa marina is the island’s largest, best stocked store specialising in yachting accessories and parts.

The staff’s experience and passion for the sea offer users (both business and private clients) a showroom of over 400 m2, open all year round, where they can view and choose equipment, yachting accessories, paints, anti-fouling coatings and parts of all kinds.

This impressive facility provides excellence quality of service and knowledgeable staff.
Prices are always competitive and a large number of special offers give customers even better deals. 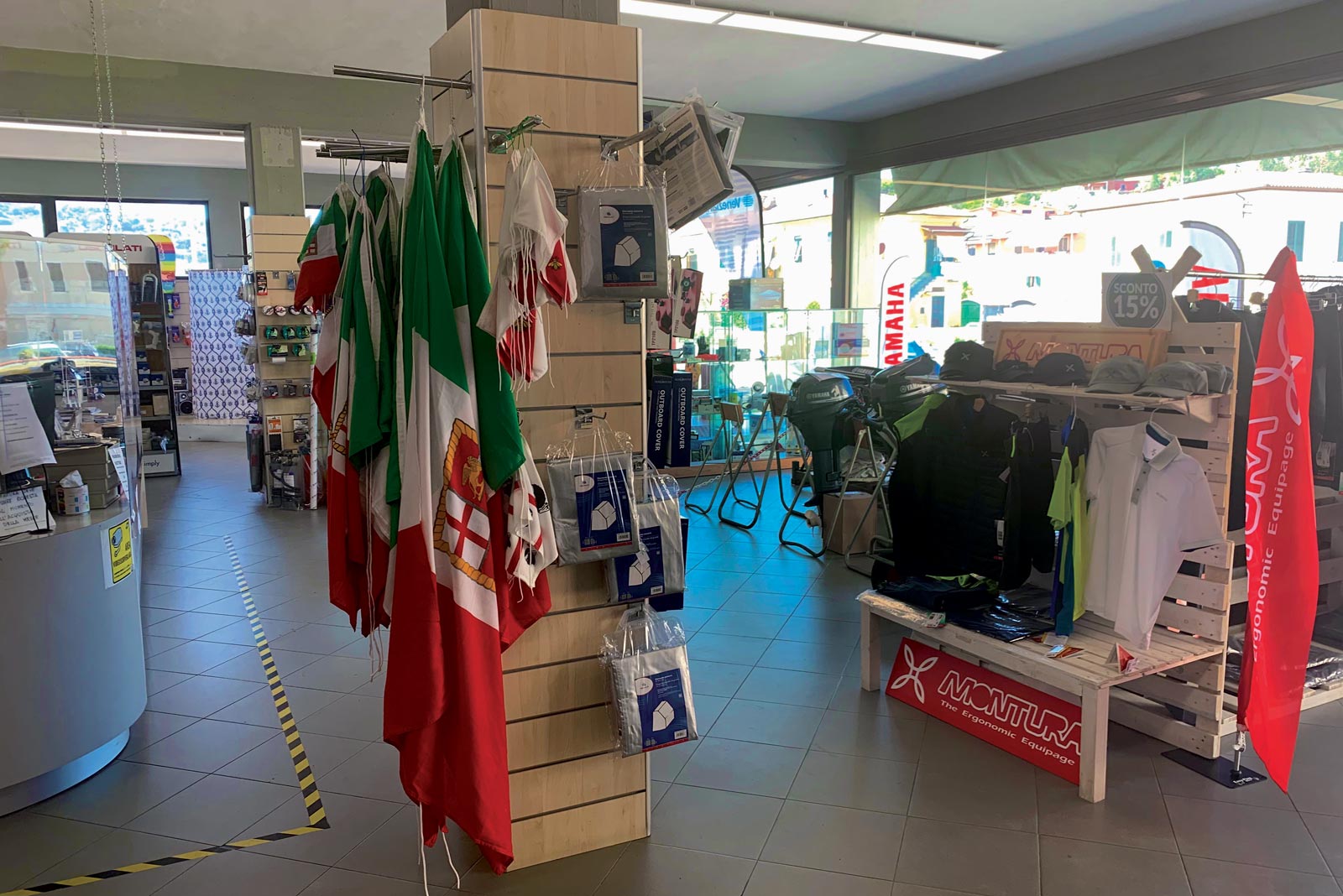 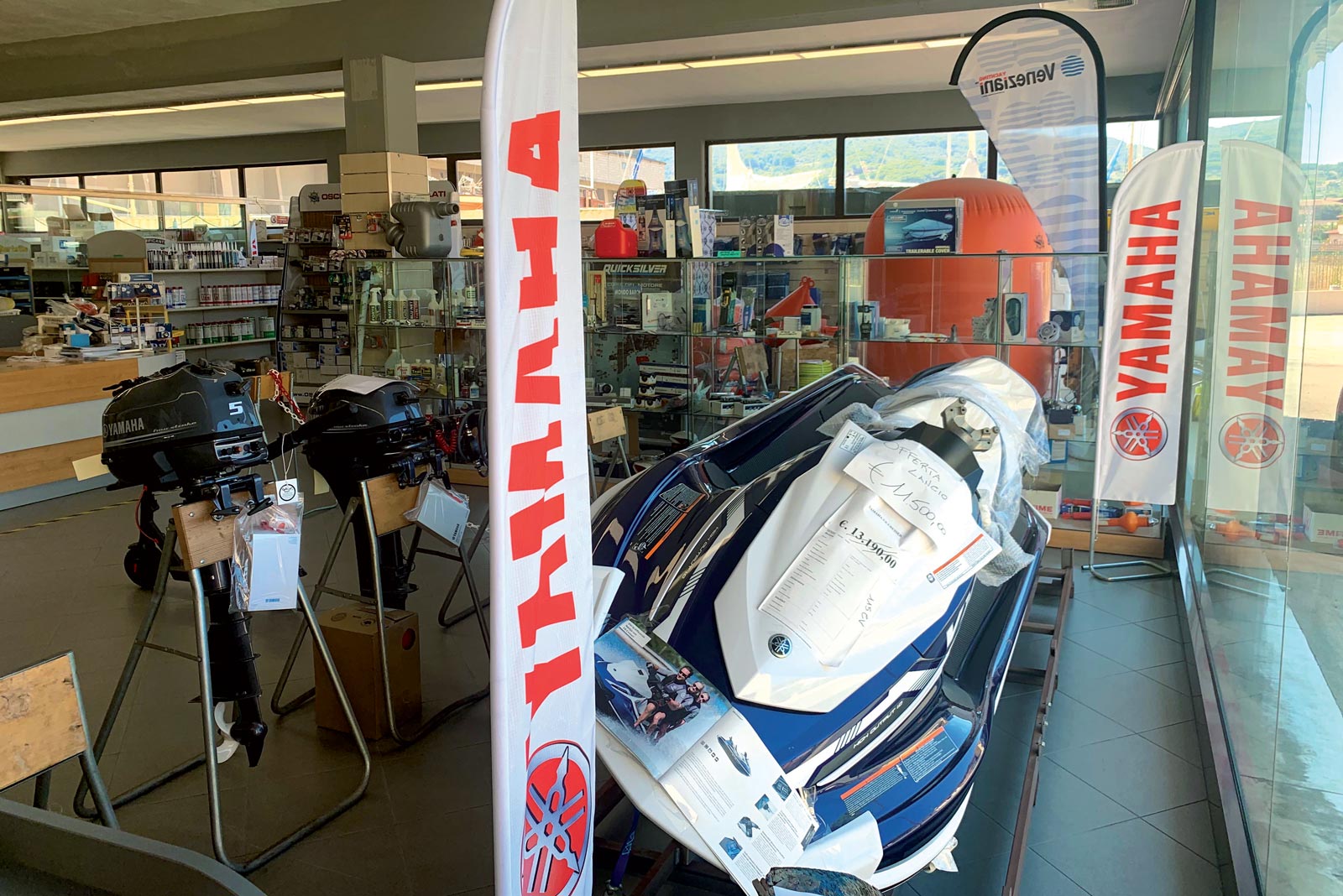 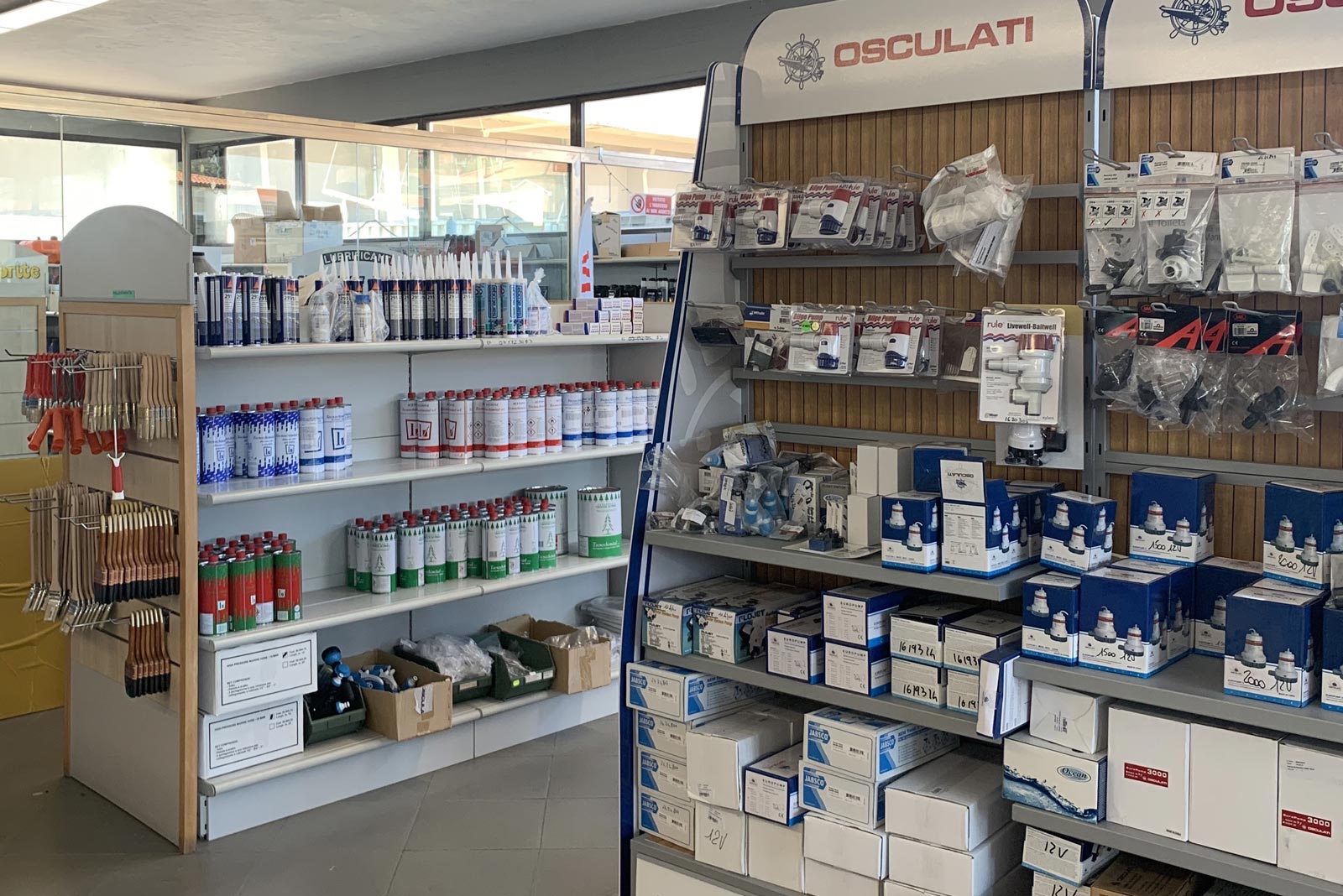 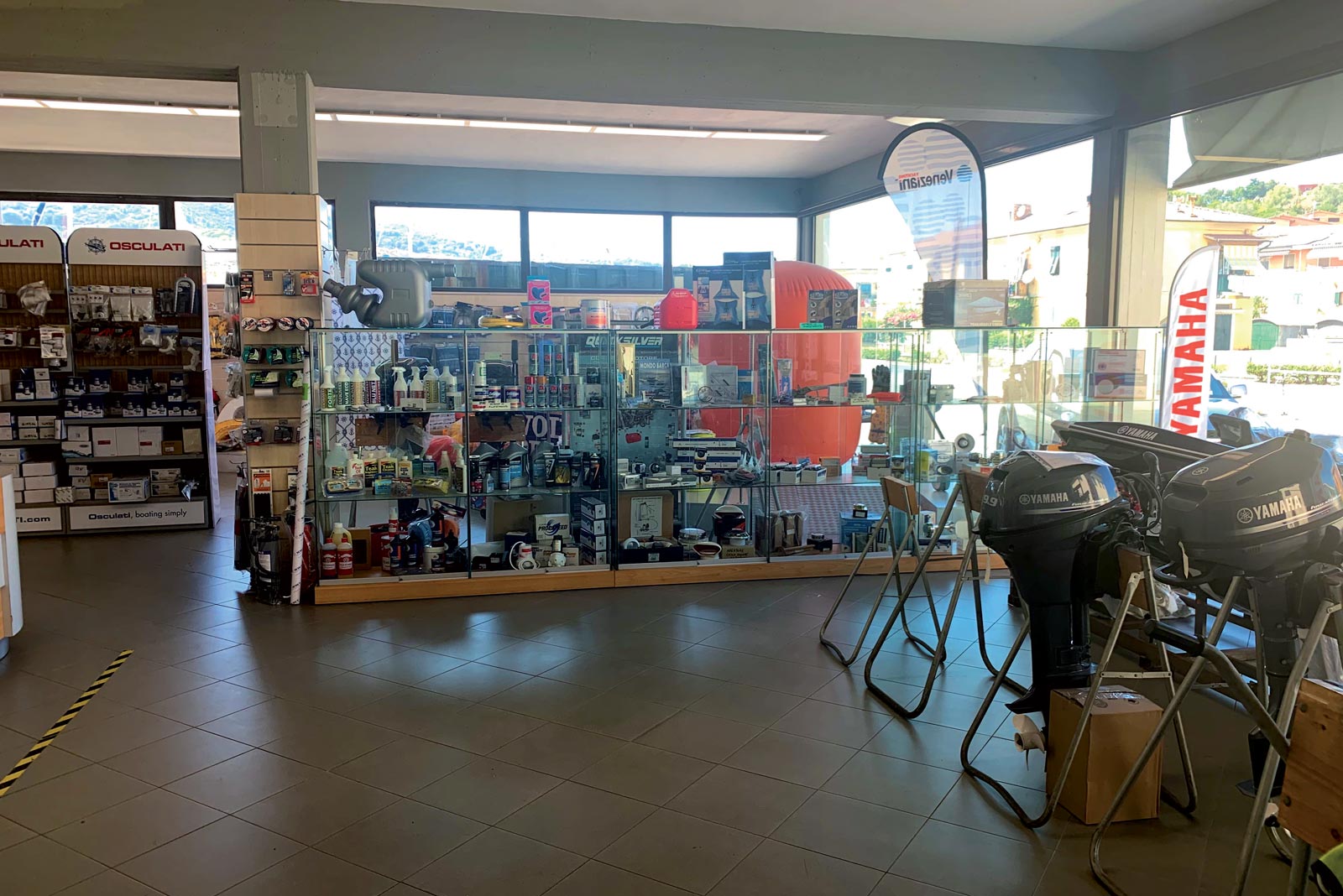 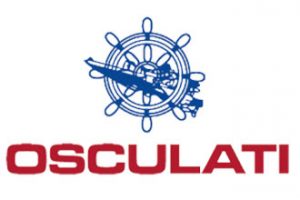 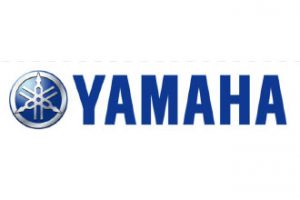 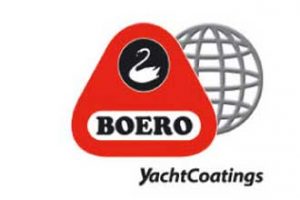 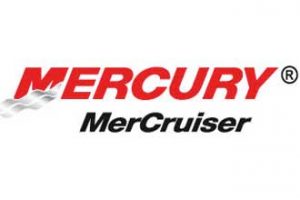 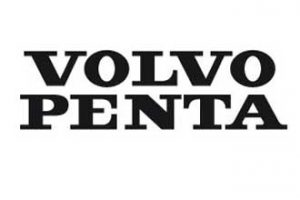 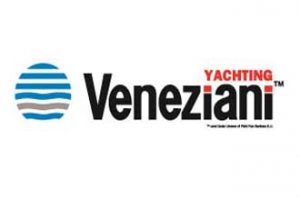 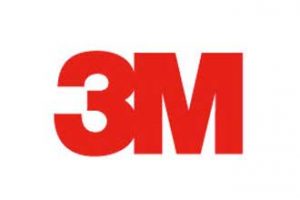 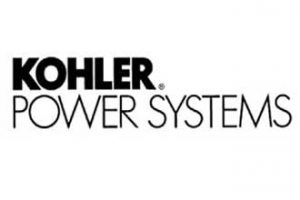 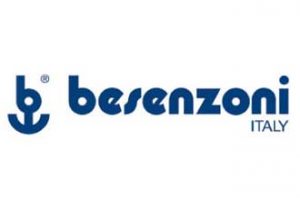 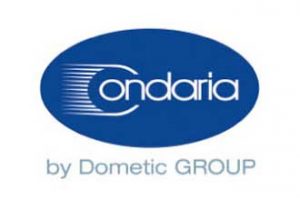 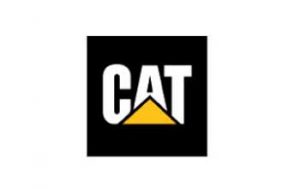 A Millenium service and sales point has been opened within the shipyard since 2020: a complete service center that also offers the washing and winter storage of sails. With the supervision and coordination of Millenium men, it is possible to carry out assessments on the state of wear of the sails, disassembly and repairs. The port of Esaom is also suitable for organizing sea tests and consultancy for the purchase and fine-tuning of sails, even on racing boats. Esaom customers benefit of dedicated competitive prices.

The Millenium sail loft has a platform of over 4000sqm, the largest Italian structure in the sector. Millenium was the first to make sails with continuous fiber. Since 2000 it has started a path for the development of one-piece lamination; today it specializes in the production, sale and maintenance of all kinds of sails, from low-cost Dacron ones to those made with its own continuous thread technology applied to single-piece Arxe and Monolitich sails. Over forty partner sailmakers use Millenium technology around the world. 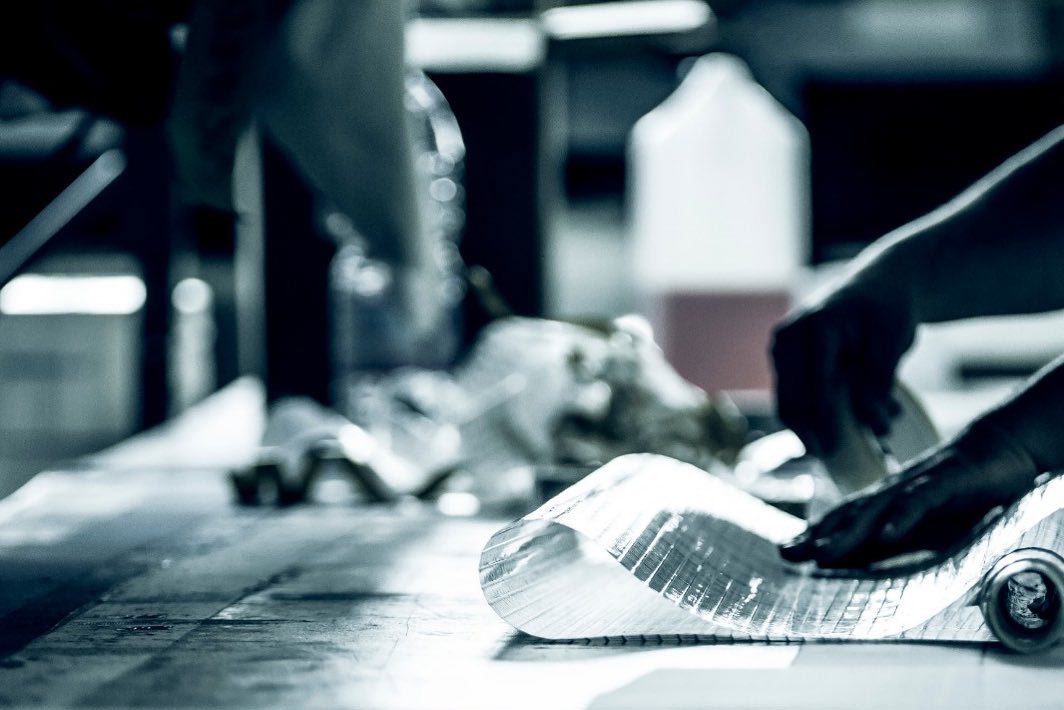 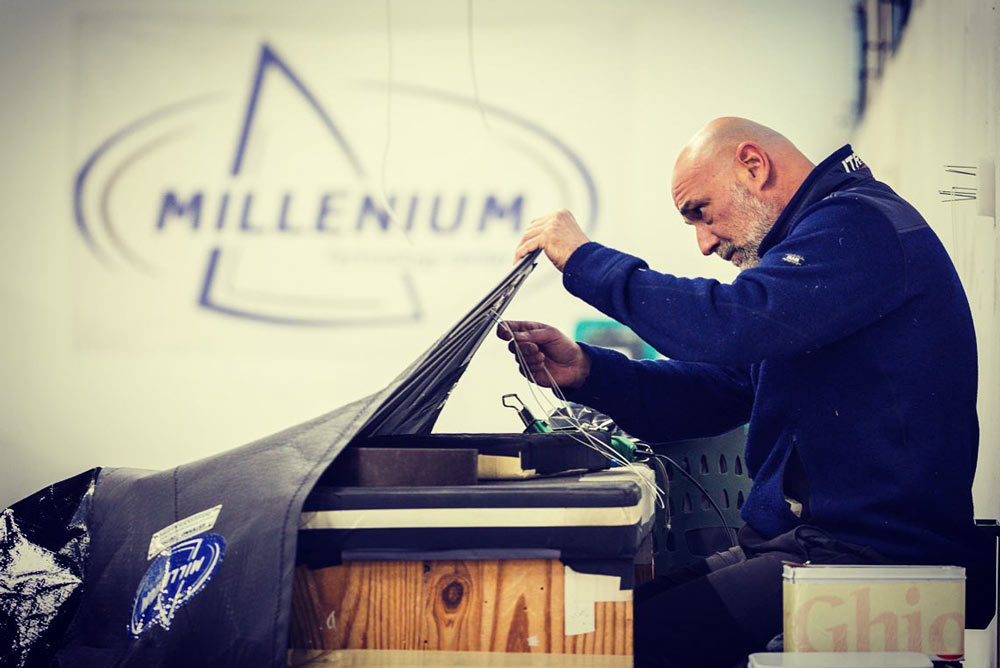 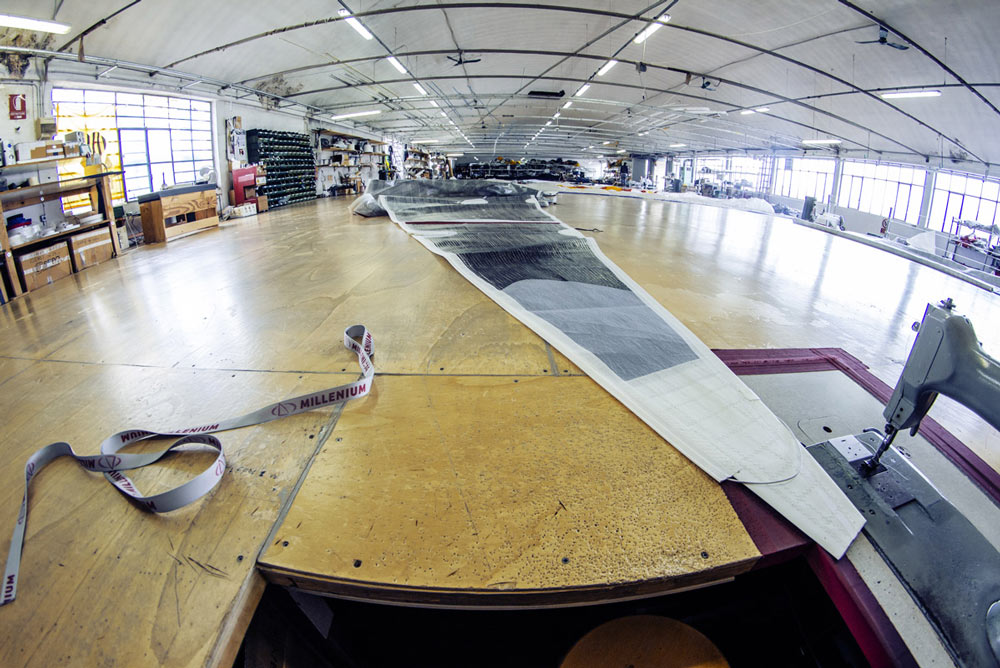 Looking at the craft moored by the quay, their taut hawsers and the lazy slapping of the sea along their sides, and the sails ready for the off, it is easy to imagine the coming and going of seafaring folk, and the adventures of the pirates and travellers, captains, midshipmen and old salts, stocking up for a voyage of indefinite length.

This is the atmosphere at MOLO “G”: the restaurant, on the quayside at the ESAOM CESA marina, is very special, rather like a bazar in a port city, with antique objects looking down from the walls of a large, well lit interior.
Marble-topped tables like you used to find in the old hostelries inland from Livorno, and battered old tables and chairs of all kinds, create an appealing, imaginative interior from very little. With nothing ordinary about it.
And the same applies to the menu, written in chalk, which offers its temptations from the large blackboard on the wall.
Special wines, also for anyone wishing to enjoy a sundowner on the brig-style seats that seem to have come straight from the pages of a book.

MOLO “G” offers a wealth of genuine speciality dishes, first and foremost Tonnina, a taste of old Elba, the recipe made by fisher-folk from delicious tuna offcuts. Apart from the fish itself, the ingredients are salt and patience.
Rediscovering it and offering it to diners in an upmarket version made from tuna and oily fish fillets is not only an act of homage to the island but also a brave gesture. Luca Saglimbeni and Pietro Olivari have made it not only a successful typical product but also a brand in its own right, now also becoming well known on the Italian mainland.
The raw material is processed in strictly controlled conditions in state-of-the-art premises which guarantee the correct production cycle, processing young tuna, bonito, mackerel and anchovies of guaranteed Mediterranean origin.
The key feature is the fish itself, not of prized species but rich in choice substances, with high nutrient and Omega4 values, conserved in the traditional way, in brine or in oil.

See you at Molo G! 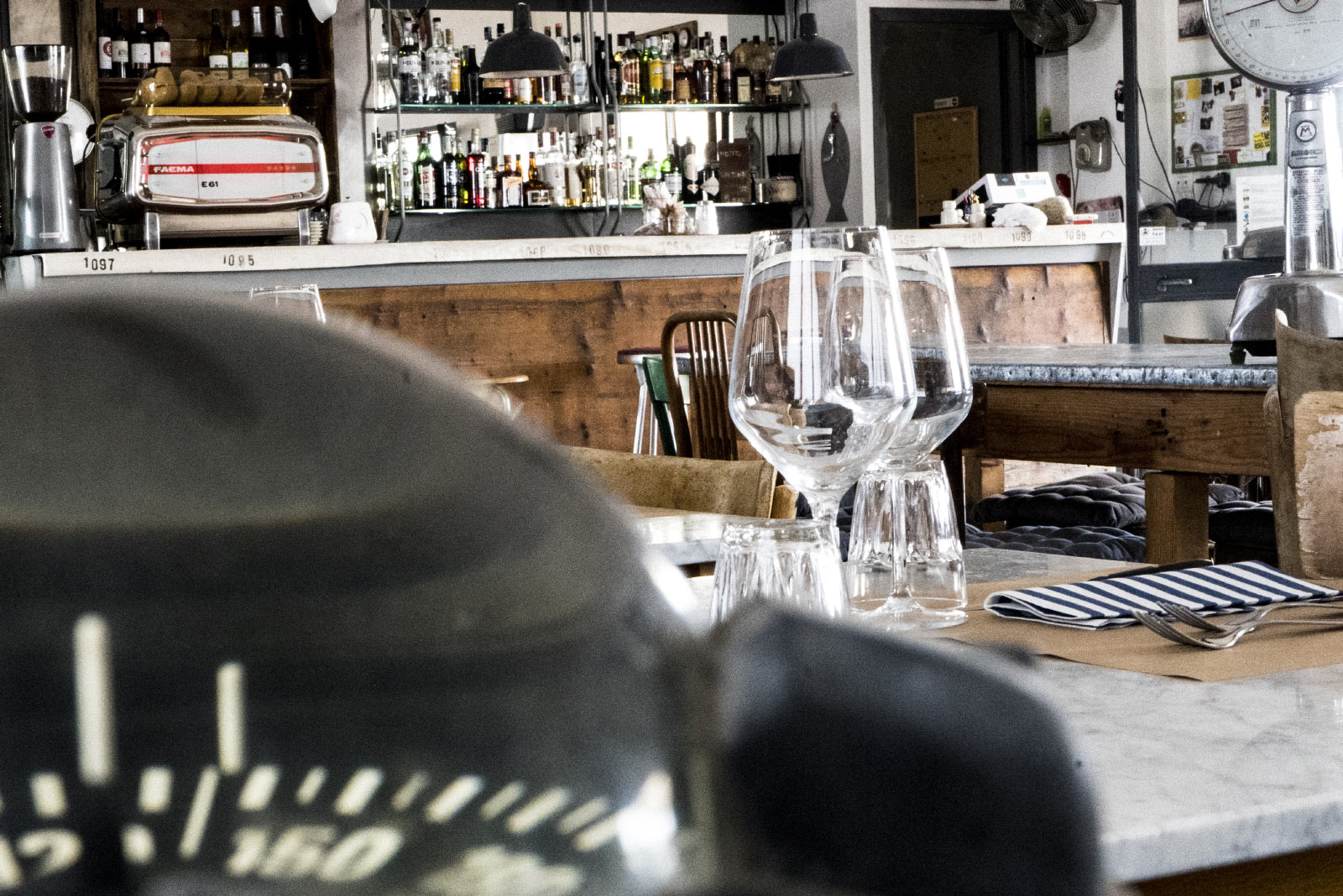 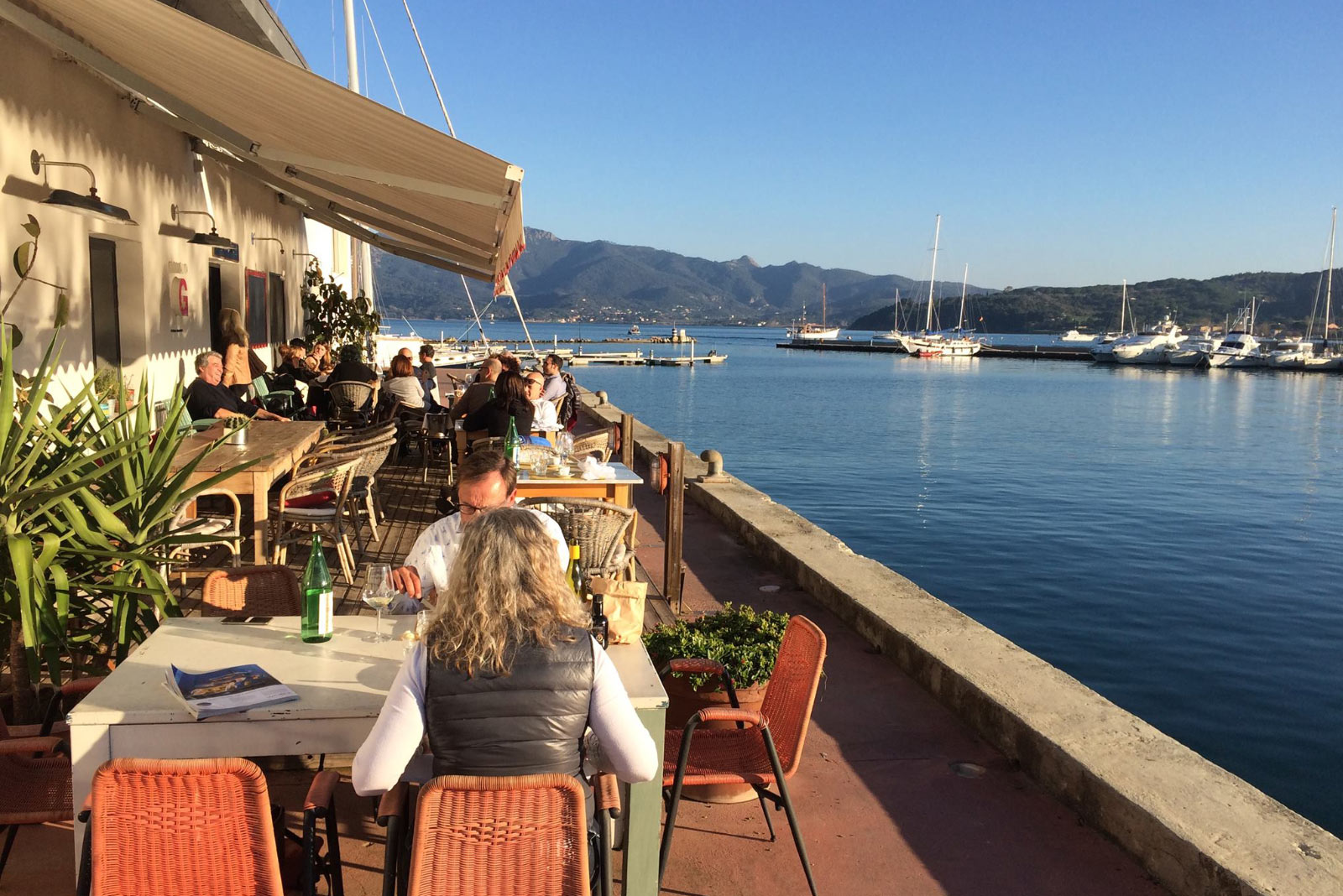 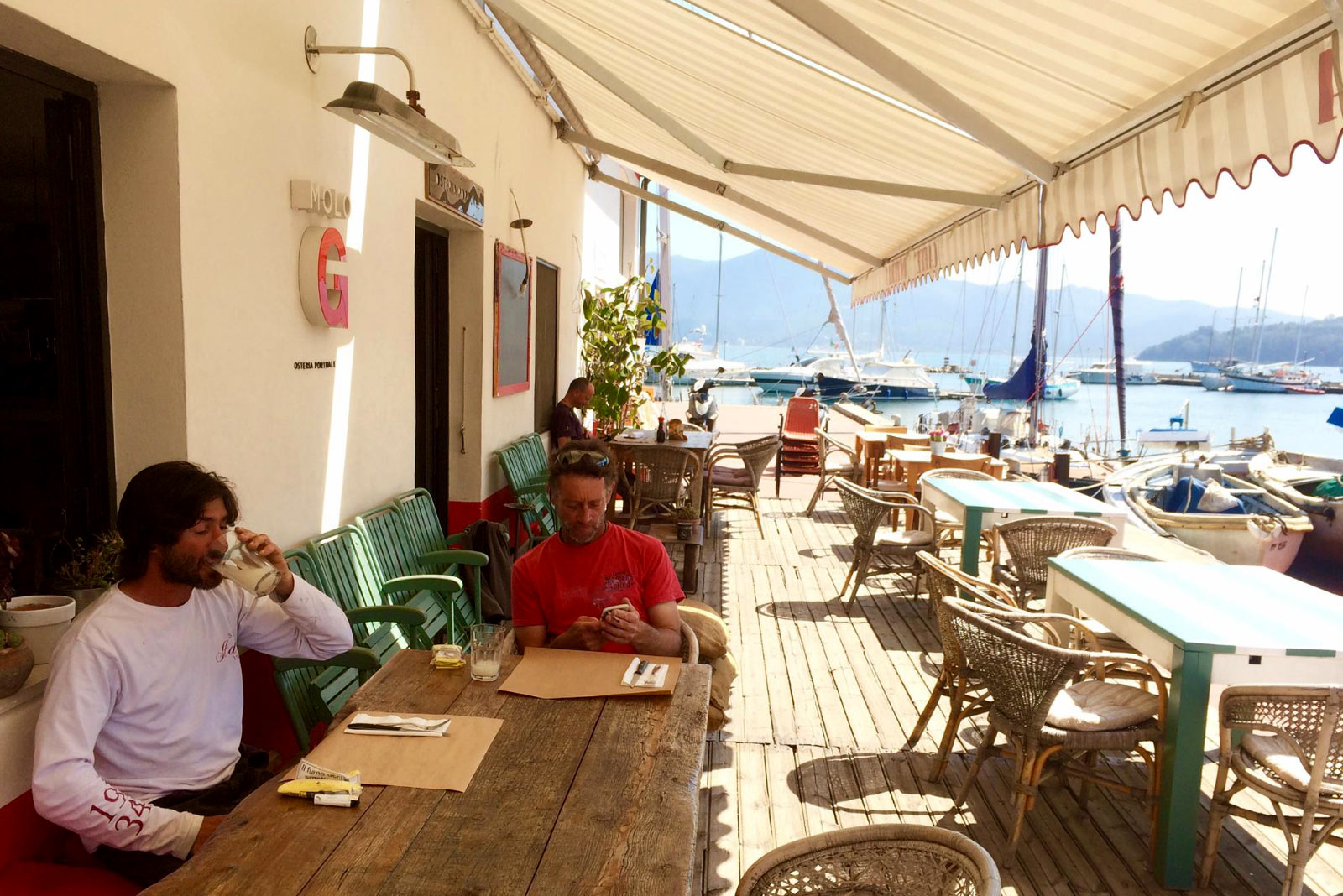 Have you ever thought about a nautical base that makes you feel at home?

Esaom Cesa, thanks to the availability of a second dock, specifically dedicated to charters companies, offers you the opportunity of establishing your nautical base on the Island of Elba (Portoferraio), with a formula that includes:

You will also have the opportunity to carry out, in full autonomy and in compliance with the rules and safety regulations, the maintenance of your fleet in a reserved, well-equipped service area.
If special, or even urgent maintenance is needed, the Esaom Cesa shipyard will always be available 24/7, making your every request a priority, even during high season.

For charter companies, having their own activity on Elba, puts customers in a position to get out, even from day one, immersed in the inimitable beauty of the Island located in the heart of the Tuscan Archipelago National Park and at the centre of the most desirable routes in the Tyrrhenian Sea.

One of our managers will contact you to customise a dedicated proposal based on your needs, providing special economic conditions to those who adhere to the agreement for the 2020 boating season. 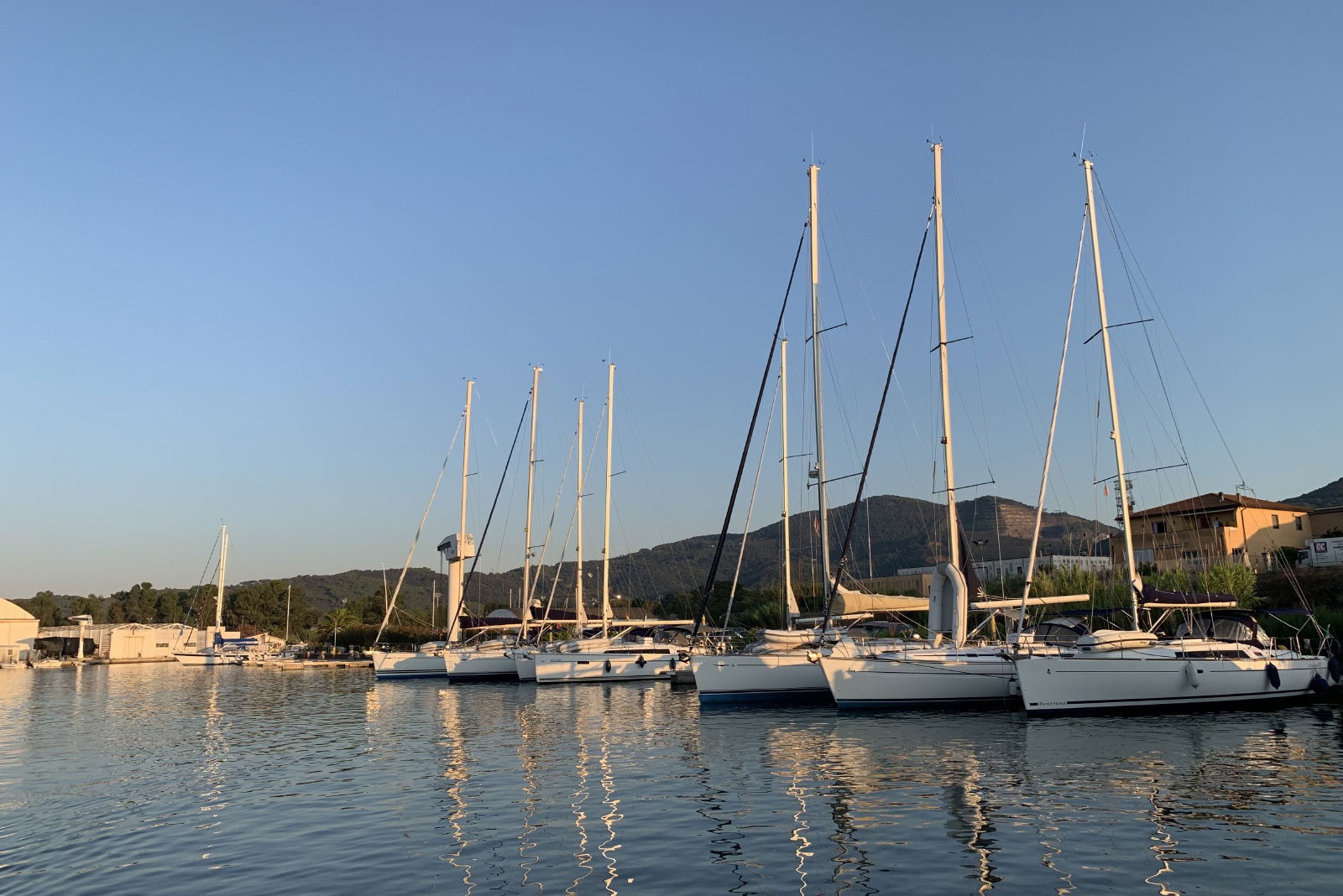 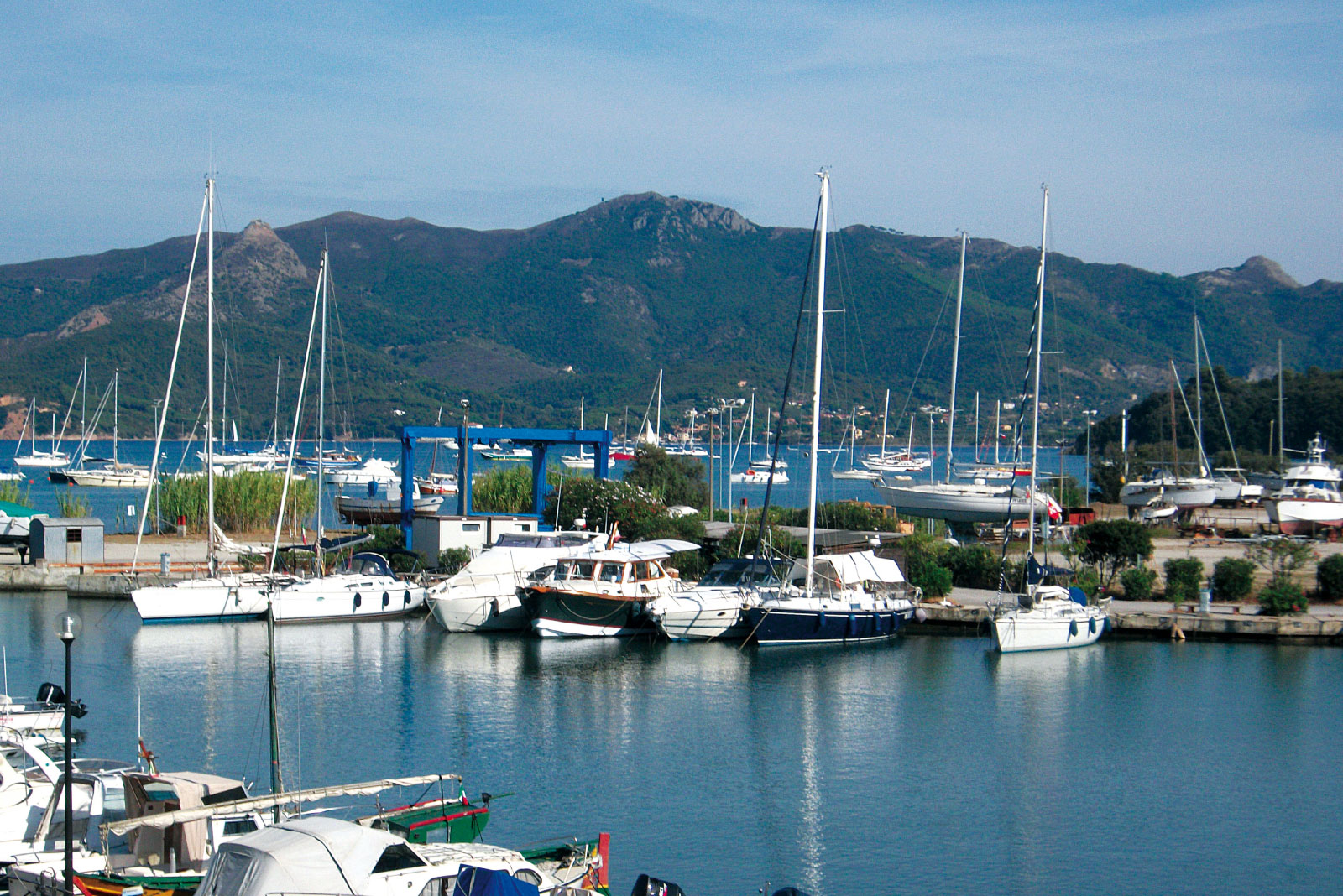 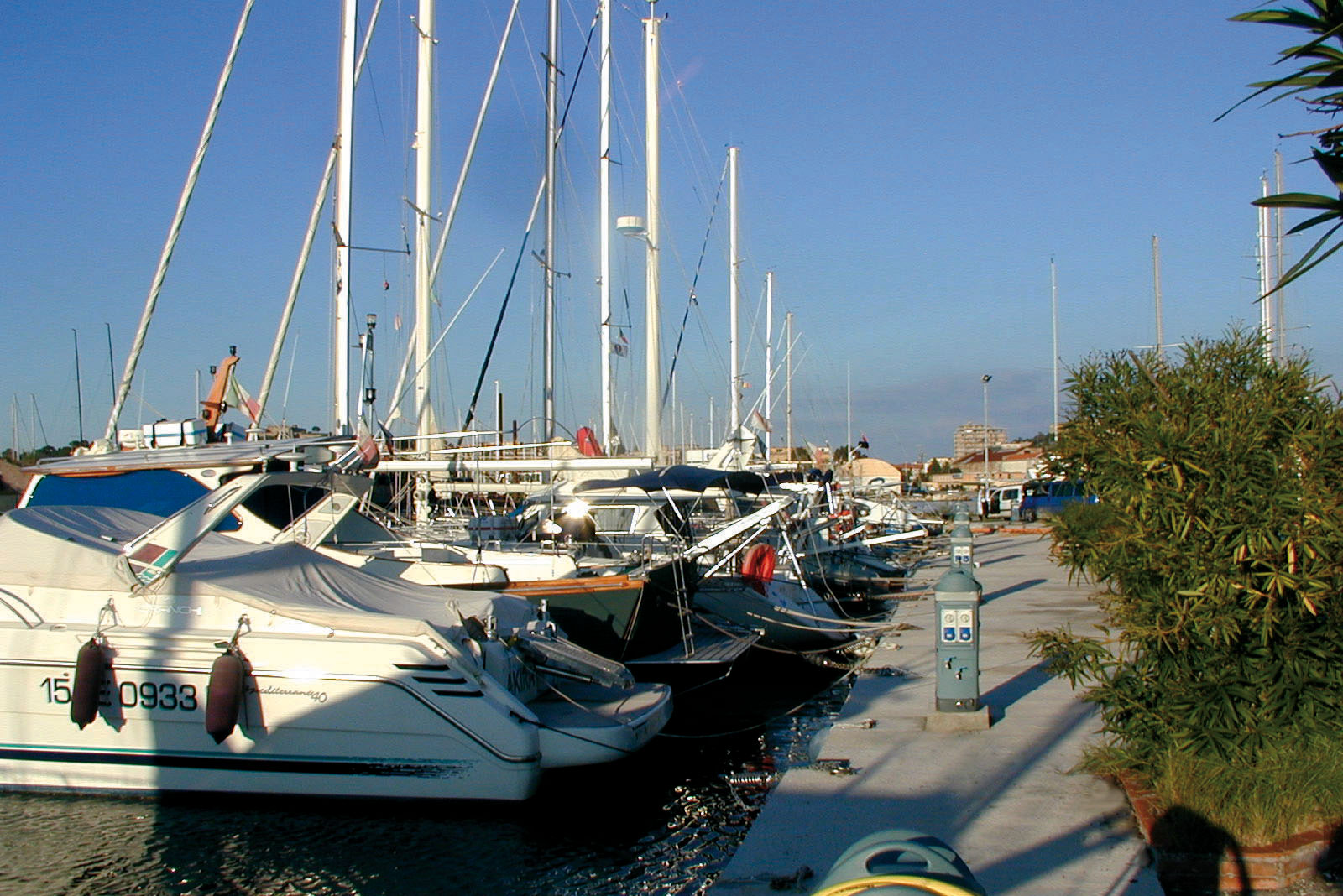